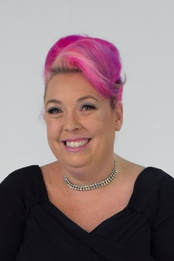 Samantha Cranston (Sam) has a background in Change Management Consultancy and Project Management on large scale Business Transformation Projects in both NZ and the UK. She worked in both the Health and Telecommunications sectors.
Sam specialised in business process re-engineering, stakeholder management and engagement, documentation and developing process improvement strategies.
Since becoming a parent, she has been based at home with her children, but has been actively involved in kindergarten and school committees. She delivered two highly successful school Gala’s, and has been instrumental in a number of other fundraising activities.
Sam studied Art History at Auckland University, and has remained actively involved in the arts ever since.
Since relocating to the Hibiscus Coast, two and half years ago, Sam has been an enthusiastic member of the Life Drawing classes, here at Estuary Arts.
Sam has a passion for engaging younger, developing artists from our local community, and is excited to be part of a great team governing such a successful and dynamic community resource. 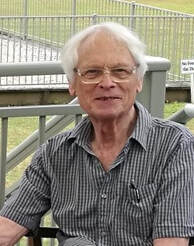 Founder member and treasurer of TAFI (The Arts Forum Inc.) who were instrumental in establishing the Estuary Arts Centre

Starting out in the UK as a building contractor's quantity surveyor and estimator he subsequently formed his own construction company involved in residential and commercial developments.  In 1975 he emigrated to Sydney, Australia where he worked for Rider Hunt and Partners, Quantity Surveyors, on multi-million dollar projects.  He then joined the Project Management Team for the construction of the  Westmead Hospital Project, (current value approximately $1.6b), as Administration Manager responsible for all matters contractual including calling and letting tenders and resolving disputes.  He formed his own Project Management company for the management and construction of various public buildings, retirement villages, nursing homes, shopping centres, commercial and residential developments.  In 1992 he moved to Auckland continuing his career in the Construction Industry and advancing his dispute resolution skills by obtaining a Massey University Diploma in Business Studies (Dispute Resolution) in Arbitration and Mediation followed by post graduate courses in Reasoning and Decision Making and Dispute Resolution Business Management.

After being involved at all levels in the construction and building industry throughout his career, Philip's credibility is well established.  He is comfortable working alone or within a team environment to achieve the best result for his clients.  Of recent times he has been involved with leaky homes investigation, remediation and litigation.

In Sydney, Philip re-found his early school days love of drawing including the painting of birds when he attended an art class.  At this time he reflected on the fact that constructing an architect’s concept of what a building should portray is an art form where the builder is the architect’s ‘brush and medium’.

Philip paints mostly landscapes with water as a way of portraying adventure and movement.  He also enjoys the drawing and painting of the figure – perhaps a follow on from the days of drawing and painting birds.  He still attends tutored classes looking to gain further knowledge and understanding of the skills of being an artist.

Philip exhibits his work in the Auckland region including the Estuary Arts centre.  He was a finalist in the national Adams Portraiture Award 2012 and the international Clifton Art Award. 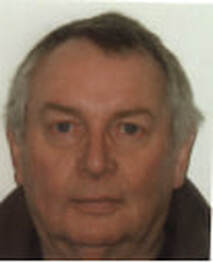 William Trotter, Trust Board Member
​
Originally from Scotland immigrated to New Zealand in 2004 and settled in kapiti where my wife family resided.
My background was originally in Engineering followed by the Fire Service. I joined Securicor in 1969 UK,s largest Security provider and in 1972 was selected to join the new overseas H.O. team to develop  the companies business overseas and  from then until 2004 when i retired.we lived and worked in many countries throughout the world.
Shortly after arriving in New Zealand I was approach to Run Chubb New Zealand Security Services on a 3 year contract from 2004 to 2007.
Over the years I have served on many boards and committees details as follows:
We moved to Auckland in 2013 now living in Manly with my wife Pauline who is an Active Artist at the Arts centre. 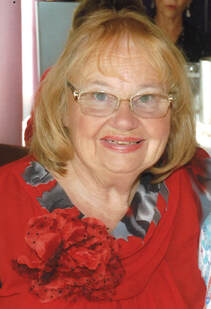 Yvonne Copland, Trust Board Member
​
Yvonne has been self employed having run her own hairdressing salon in Henderson for 32 years. She served 15 years as a Councillor. Yvonne has a full history of serving as a volunteer on Trust Boards such as the
Henderson High School and Hilltop Private School BOT, West Auckland Community Arts and the Waitakere City Council. Yvonne is a trustee of the St Lazarus Charitable Trust, Council ambassador for Sister Cities Kakogowa Japan and was awarded freedom of the City. She is now enjoying being a mosaic student with her daughter here
at Estuary Arts.

Fiona Ehn, Trust Board Member
​
I’m passionate about visual arts and have been a practicing part time artist for the last 15 years. Creating a local environment to encourage the pursuit of visual arts is something I care deeply about and I have been really impressed seeing the development and innovation from EACT, in terms of growth of the facility, expansion of the education proposition and the increasing diversity of exhibitions and artist participation.
​
In conjunction with my love of art, I bring a broad range of General Management experience in service led businesses, leading diverse teams, managing large portfolio and revenue streams both in NZ and Australia. At the heart of it I’m a strategist, problem solver and customer champion with extensive experience in the development and implementation of strategy, risk governance, partnership development and business growth.